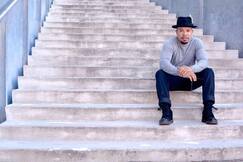 Ryan K. Johnson
Ryan Johnson is a virtuosic performer, choreographer and artistic director of SOLE Defined. He is a well-known national and international performer who has been called “purely amazing” by Septime Weber, Artistic Director of The Washington Ballet. In 2008 & 2017, was awarded a grant from the Maryland State Arts Council for his choreography. Johnson made history in 2010 by becoming the first tap dancer to win the DC Metro Dance Awards: Outstanding Solo Performance. Johnson has performed in The Beatles LOVE by Cirque Du Soleil as Sugar Plum, and One Drop by Cirque Du Soleil. He was a part of the NYC and touring cast of the hit show STOMP where he played Particle Man and Ringo. For six years of his career, Johnson was the soloist and production manager for the world-renown step company Step Afrika!, and the resident tap dancer for The Washington Ballet’s “The Great Gatsby.” Johnson performed in the Tony Award-winning show After Midnight created by Jack Viertel and choreographed by Warren Carlyle with NCL Productions. He has premiered new works at the International Body Music Festival in Brazil, New York City Tap Festival: Tap International, and Cirque Du Soleil with The Nevada Ballet’s “A Choreographers’ Showcase” in Las Vegas. Of this performance, the Las Vegas Review Journal wrote, “Urban Jungle: The Village, by Ryan Johnson of The Beatles LOVE, is a burst of pure feeling, the most infectious entry of the program.” Johnson credits his passion for the arts to his mother, Vanessa Jackson, and tap teacher Mary Slater. 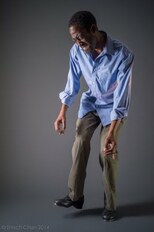 ​Baakari Wilder
Baakari Wilder is internationally known for starring in the Broadway musical Bring In Da Noise, Bring In Da Funk. He received a Bessie Award for his performance, and later assumed the lead role for a year. At the age of twelve he opened the show at the Kennedy Center for a star-studded tap review that included the legendary Brenda Bufalino, Sandman Simms, Harold Nicholas, and Savion Glover. He was the first recipient of the Steve Condos Award, created by Lorraine Condos in honor of her late husband.
At sixteen Baakari became a member of Savion Glover’s tap group “Real Tap Skills”, consisting of three other tap dancers from the metropolitan area.

Baakari’s dancing has delighted audiences around the world in major venues including Carnegie Hall and Lincoln Center and countries around the world--France, Africa, Brazil, Germany, and Japan. He appeared in Spike Lee's Bamboozled, the Discovery Channel’s “Time Warp”, and as a guest performer on FOX channel’s “So You Think You Can Dance”.  Baakari holds a Bachelor of Arts degree in Theatre from the University of Maryland College Park. He is the assistant Artistic Director of the Washington, D.C. based company Capitol Tap. Baakari was granted the Pola Nirenska Award for Achievement in Dance in 2014.